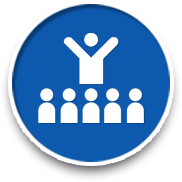 One of the most neglected subjects in the Bible is the doctrine of the New Moon. Multitudes have never even heard of this extremely important subject. And to many who have, the matter of the New Moons does not have a “religious” ring to it. Yet knowing just when Yahweh’s annual Holy Sabbaths occur is vitally linked to the New Moons. These SabbathS of Yahweh are weighty matters of His great Law. They are a sign between Him and His people (Ex. 31:13; Ezk. 20:20). The vital knowledge of Yahweh’s New Moons must, therefore, be a weighty matter of that Law.

We should not be surprised to find Babylonian calendar schemes with their counterfeit New Moons and “holy” days masquerading as the true calendar of Yahweh. After all, Babylon, not the Romish church, is “…the great whore that sitteth upon many waters…” (Rev. 17:1, 5). It is Babylon that has made the peoples of the earth drunk with the “wine” of her deception and the nations mad (Jer. 51:7).

Look at this unshakeable historical evidence gathered by exhaustive studies in Babylonian mathematics and astronomy by scholar O. Neugebauer, an imminent researcher in pre-modern science. Here he shows the Babylonian calendar system:

“So far as we know, the Babylonian calendar was at all periods [before the Israelite captivity and Jehoiachin’s capture in 597 B.C.] truly lunar, that is to say, the month began with the evening when the new crescent was for the first time again visible shortly after sunset. Consequently, the Babylonian day also begins in the evening and the first of a month is the day of first visibility…” (The Exact Sciences in Antiquity, O. Neugebauer, 1957; Brown University Press; 1969, Dover Publications, Inc.; New York; p. 106) [Emphasis mine].

Notice carefully when the Babylonian month began. It began when the New Moon crescent was visible again for the first time in the western sky shortly after sunset.

Does it appear likely Yahweh would use the same day concept and the same New Moon concept as Babylon? After all, He said “Come out of her [Babylon]…” (Rev. 18:4).

The Scriptural New Moon is the true “new” moon, which occurs at the moment the moon conjuncts with the sun. From that time the moon begins to renew and rebuild its light.

The New Moon of the dawn is the true scriptural reckoning—not the New Moon crescent in the evening, as Babylon has it. These are at opposite times of the day. Babylon is backwards.

The scriptural definitions of the New Moon and beginning of the month harmonize with other scriptures—as they must.

For example, each month must have 30 days; as the Bible clearly requires in the account of the flood in Gen. 7:11, 24 and 8:3-4. This has puzzled people for ages, but now the truth can be known. The Scriptural definitions given above give 30 days every month, as these verses clearly require. The Bible stands vindicated on this vital point of reckoning time.

The Babylonian “first visibility” of the New Moon crescent shortly after sundown does not signal the month had just begun at sunset. This method does not yield 30-day months every month as the Bible requires. The Hebrew calendar has alternately 29 and 30-day months for all locations on earth.

It is not at all surprising, then, to find the early church of Yahweh observing the New Moons: “Let no man (this includes ‘groups’ of men, churches) therefore judge you in meat, or in drink, or in respect of an holyday, or the New Moon‚ or of the Sabbath days: Which are [present tense] a shadow of things to come: but the body is of Messiah” (Col. 2:16).

When and How to Keep the New Moons

The “rule of thumb” for the first day of the month is:

(1) If the time of the conjunction occurs during the night [dark-to-just before dawn] where you live, your New Moon day begins at dawn the next morning.

(2) If the conjunction occurs during the day [between dawn and dark] at your location, that day is not your New Moon. Your New Moon will not begin until dawn of the next day.

(Conjunction time is usually given in Universal Time (UT) which must be converted to your local time.).

New moons are not a Sabbath, so work can be done. They must, however, include worship (Isa. 66:23; Ezk.46:3).  Some type of local Bible study and discussion is therefore necessary, even if a single family. Blowing the shofar is also required (Psa. 81:3).

Since the New Moons are festivals the day should be observed with a special meal; something above the ordinary. An example is given in chapter 20 of Samuel vv. 5-6, 18, 24-25, showing David customarily ate a special New Moon meal with the royal family. Dining out on the New Moon is a pleasant way to fulfill the festival requirement. The church is a royal priesthood, a royal family or nation (I Pet. 2:9). Royalty has a special New Moon feast each month.

Worship Yahweh on the first day of each month, and receive the blessings He promises for obedience to His holy and righteous Law.